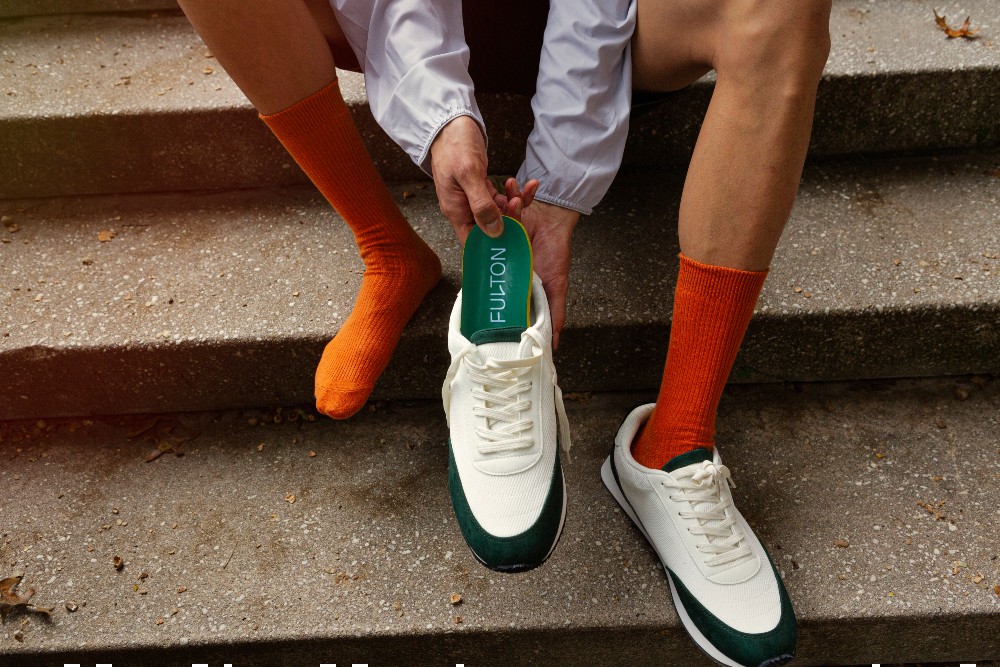 80% of Americans experience foot pain as a result of their poor fitting footwear, but there doesn’t seem to be a product that can uniquely fit each of their feet and needs. This week’s startup has the plan to add daily wellness to everyone’s routine.

Every day, we walk miles to get through our daily routines. The shoes we wear have caused many of our feet to be constantly in pain. However, insoles are either too expensive or too ineffective to be a feasible option for most. Co-founders Libie Motchan and Daniel Nelson of The Wharton School wanted to make a change, while also remaining environmentally sustainable.

The two came together at an MBA happy-hour, connected by the shared pain in their feet. Together, they innovated an ingenious cork-made insole that molds to the wearer’s feet for only $48. They got to work starting Fulton quickly and started a pilot in 2019, launching with a sale of 250 insoles. Before they knew it, they had raised $200,000 and launched officially with astonishingly high positive customer responses.

Fulton’s emphasis on sustainability is also uncommon in the footwear space. Daniel and Libie point out how poor the overall industry performs when it comes to the environment: footwear accounts for 1.4% of total carbon emissions. Aviation, often criticized for its environmental impact, accounts for 2%.

Fulton’s production process is carbon neutral, meaning there is no net release of CO2. The secret is the cork material that goes into Fulton’s insoles. By using real cork, Fulton supports cork forests which absorb carbon from the atmosphere, as cork trees die unless they are harvested. Every year, cork forests retain up to 14 million tons of CO2, but the growing use of synthetic cork products has endangered the economic incentives that keep cork trees alive. Daniel and Libie hope that companies like Fulton can help the forests thrive by using real cork.

In the future, Fulton hopes to work more directly with consumers as well as online and retail partners. Given how effective (cost and results) and how socially minded Fulton is, we strongly encourage you to give them a try!

❤️ Why We Love It

80% of Americans suffer from foot pain as a result of their footwear. However, these inserts are only effective when they fit uniquely to each foot. Custom orthotics can cost up to $500, which is not feasible for the majority of customers. Fulton has managed to cut their prices down to $48, making it more feasible for more consumers.

Fulton’s core value of being environmentally sustainable has translated into its insoles. How does Fulton accomplish this massive feat? Cork. The trees Fulton sources its cork from are plentiful and low-maintenance. Moreover, cork is both recyclable and biodegradable, meaning it is not harmful to the environment.

Despite its cheaper price, Fulton has crafted the cork insert which has allowed them to create an insert that molds to the foot over time. The reviews on the website prove that this is not merely a marketing exaggeration but rather a promise that Fulton has upheld.