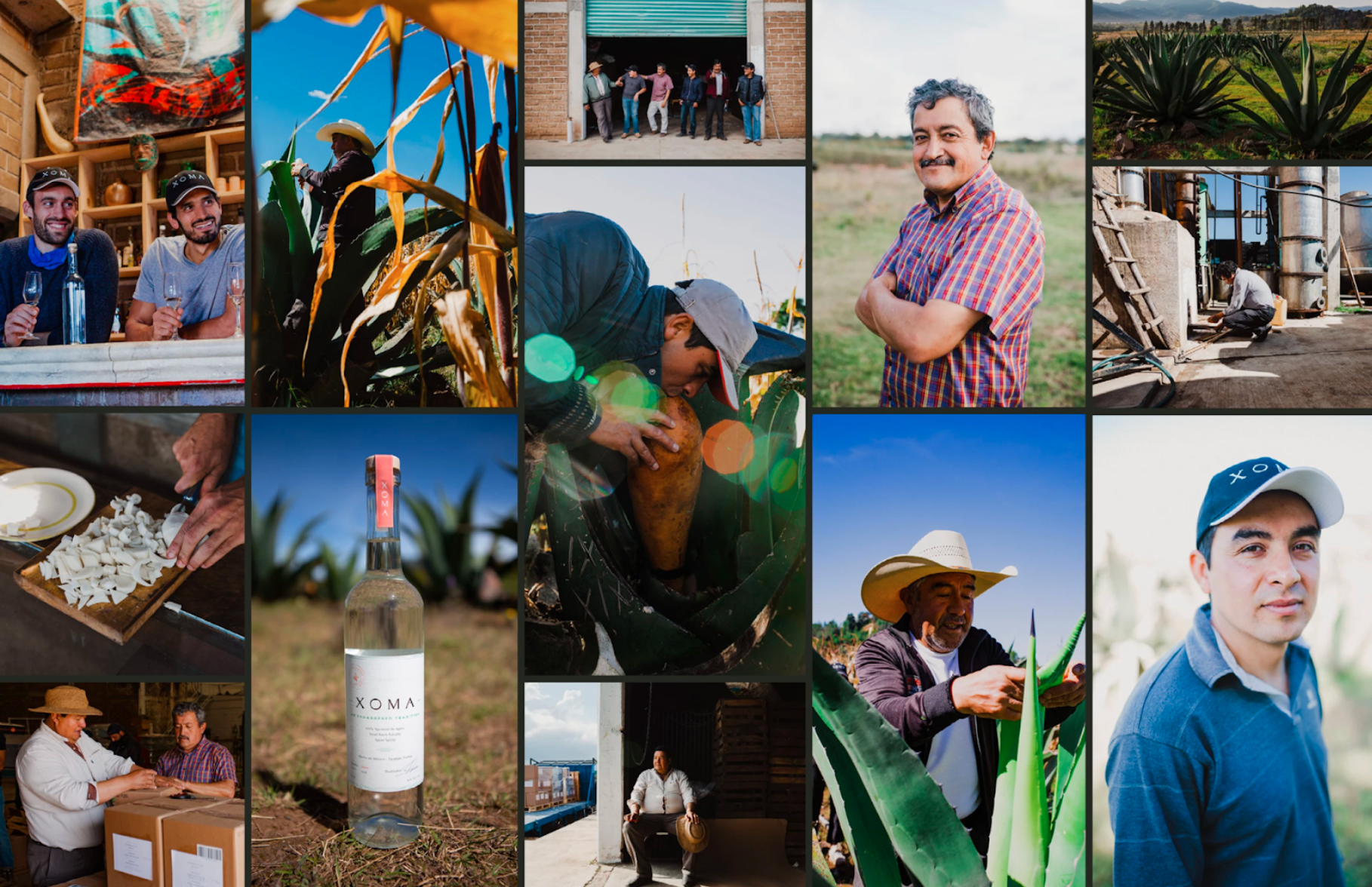 A fresh and smooth agave spirit, Xoma does more than distill 2,000 years of ancient Aztec tradition into a sleek bottle. This week’s startup found a way to support local farmers, preserve the ancient tradition of making pulque, and protect the earth using sustainable farming methods.

After traveling to Mexico in 2017 to document traditional food production around the world, Xoma founder Anthony Morano visited a farming cooperative that supports local farmers throughout the Central American plateau. Local farmers specialized in the production of the agave plant, which was used for food, medicine, and the distillation of a traditional spirit called pulque.

While observing the pulque production, Morano noted two main problems. First, because the liquid being produced from the maguey was being fermented but not pasteurized, it has a short shelf life. Locals tried to slow down the fermentation process by putting the beverage in cooler parts of the house, but ultimately they still had to dispose of it after three weeks. Second, because the pulque has active live bacteria, the beverage can not be exported into the United States. Because of these issues, the farmers struggled to support themselves through the sale of pulque, putting the 2000-year-old tradition in jeopardy.

In an attempt to generate more value from pulque, the local farming coop discovered the method of distilling the beverage into an agave spirit that lasted longer and could be exported. The coop approached Morano about distributing this new drink—dubbed pulcatta—in America.

Xoma, the pulcatta beverage company that Morano later founded, would become the answer to the struggling finances of the local farmers. Since bringing pulcatta to the U.S., Xoma has maintained a triple P mission: People, Planet, and Product. The company pays local farmers fair wages and constrains its sales to allow farmers to use their pulque for local community needs, staying at 10% of the farmers’ incomes. Moreover, Xoma ensures that their pulcatta is produced in an environmentally friendly way through its emphasis on milpa farming techniques.

❤️ Why We Love It

Xoma ensures that not only are farmers paid a fair wage for the pulque they produce, but also that the farmers own a share in the overall profits of the distillery. This ownership component is unique to Xoma. Although Xoma wants to continue to scale, the founders are cognizant that buying all the pulque from the farmers would be detrimental to their communities due to its versatile usage. They approach this balancing act by working directly with the local community to maintain sustainable purchasing levels.

In addition to supporting farmers, Xoma prioritizes the planet. They produce their product through milpa farming, which is a traditional form of sustainable agriculture. It relies on growing multiple plants at once, ensuring the land stays nutrient rich for longer which minimizes the need for ​​harmful pesticides and fertilizers. To avoid harming the maguey plant, Xoma does not carve from the plant until it has reached 12 years of maturity.

While the company believed their initial competitors would be premium tequilas or gins, as more customers began tasting their product, Xoma saw new adopters who switched from vodka or gin. Given the low calories and sweet taste, Xoma doesn’t need the extra sweeteners to mask the methanol burn common amongst their competitors.